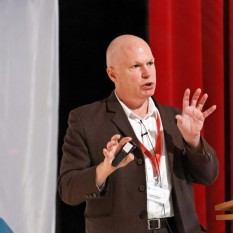 His work lies at the intersection of contemporary cities, urbanization and globalization and the visual representational approaches typical of architectural and urban design practice. It concerns how one might inform the other. In this sense, design, and visual representation more generally, are regarded as both topics of analysis and tools that support analysis.

‘Cultures of Legibility: Emergent Urban Landscapes in Southeast Asia’ (ARHC) (2008-10); project P-I, building on an ARHC Innovation Grant, ‘Representing Urban Landscapes in Southeast Asia: Negotiating Cartographic Blindness’ (2003-05). Fieldwork conducted in collaboration of colleagues (Tjahjono and Herlily) and 10-strong research team at the University of Indonesia, Jakarta. Aspects of the project have been published in book chapters and journals, and were exhibited at the International Architecture Biennale Rotterdam on the ‘Open City’ (www.iabr.nl) in 2009.

‘Difference and Repetition: An Investigation of the Residential Highrise as a Global Form’ (AHRC) (2004-07); P-I (Jacobs, Geography UoE) and Co-I (Cairns) lead a 4-person team that examined highrise housing internationally. The project conference, Density Inside Out (2007), featured a diverse group of international speakers.

In 2005 I collaborated (with Richard Coyne, Architecture, Edinburgh) on an ARHC/EPSRC project in the ‘Designing for the 21st Century’ programme, / Orienting the Future: Design Strategies for Non-Place (2005-06), involving site-specific investigations of communication and way-finding technologies at such places as Stanstead Airport, Lunar House UK Border Agency, and a B&Q Retail Warehouse. The project seeded further research in the area of branding and urban space, and a range of infrastructures that support investigations into digitally mediated urban spaces.

Programme Director for the MSc in Architectural and Urban Design
Studies in Contemporary Architectural Theory;
Architectural design and urban design studio courses related to some of the themes under the ‘Archipelago Urbanism’ heading