Professor Michael Ambühl studied applied mathematics and management science at ETH Zürich and obtained his PhD in 1980. In 2013 he became full professor at ETH and is presently Head Chair of Negotiation and Conflict Management at ETH Zurich, Head of the Management, Technology and Economics Department at ETH Zurich and director of the ETH Swiss School of Public Governance (SSPG). He is Honorary Visiting Professor at Chongqing University, China.

He also was Diplomat of the Swiss Foreign Service. He was appointed Ambassador by the Swiss Government and was State Secretary in the Foreign and Finance Ministry in Switzerland. Furthermore, he was member of the Swiss negotiation team on Bilateral Agreements.

Prof. Dr. Ewa Björling is a Doctor of Medicine and a docent in virology.

Prior to her election to the Swedish parliament in 2002, she worked as a lecturer at Karolinska Institute in Stockholm.

On 16 October 2014, she submitted her resignation from the Riksdag and announced that she will retire from politics.

From 2003 onwards her research focused on experiments at CERN, the European Laboratory for Particle Physics in Geneva (CH), by investigating high-energetic atomic nucleus collisions. In 2007 Sanja Damjanović played a key role in initiating an international cooperation agreement between Montenegro and CERN. In autumn 2016 she was appointed Minister of Science in the Government of Montenegro.

Recently Minister Damjanović proposed to establish a new international institute in the region of the Western Balkans to develop sustainable technologies based on an integrated view of economic, cultural and social aspects and to foster cooperation of the countries in the region. This project could contribute to develop the economic situation, to produce attractive jobs, in particular for young people, and to revert the ‘brain drain’ in the West Balkan region. 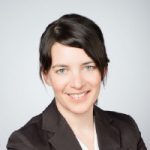 At Arktis she is responsible for systems in the field, customer relationships and outreach. Giovanna likes to translate complex technical features into customer benefits and vice versa. She has a broad experience in program and project management of interdisciplinary teams and product life-cycle support. Giovanna also holds a degree in product management.

By education Giovanna is a experimental physicist. She got a PhD degree in particle physics from ETH Zurich following her work at CERN, Geneva on Higgs detection channels. Her background includes software algorithm and hardware design and setup, experimental physics, Monte-Carlo simulation programs and cybersecurity.

Her past work experience includes senior research assistantship at ETH Zurich and work at an engineering office. 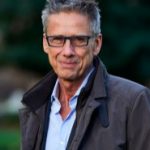 He is currently president of the European Society of Labour Economists (EALE), and was the President of the European Society for Population Economics (ESPE) in 2008. Christian Dustmann is an elected Fellow of the British Academy (FBA), the German National Academy of Sciences (Leopoldina), the Academy of Europe (Academia Europaea) and the Society of Labor Economists (SOLE). 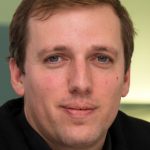 Professor Dominik Hangartner is associate professor of Public Policy at ETH Zurich and at the London School of Economics and Political Science (currently on leave). Furthermore, he is the co-director of the immigration policy lab with branches at Stanford University and ETH Zurich.

After pre-doctoral fellowships at Harvard University, Washington University in Saint Louis, and the University of California, Berkeley, he received his PhD in social science from the University of Bern in 2011. In the same year, he joined the London School of Economics and was promoted to tenured Associate Professor in 2013, before joining ETH in 2017. Dominik Hangartner uses field work and statistics to study the effects of migration policies and political institutions. He has received several awards including the Philip Leverhulme Prize. 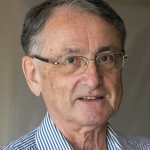 Professor Ivan Lefkovits is a founding member of the Basel Institute for Immunology (1969).

He is Professor emerit. of the Philipps University, Marburg Germany, and Doctor honoris causa (Dr h.c.) from the University of Presov, Slovakia.

He has written the History of the Basel Institute for Immunology (S. Karger AG).

He prepared a collection of 15 memoirs of holocaust survivors, published by Suhrkamp Verlag with memoir covers designed by Gerhard Richter. 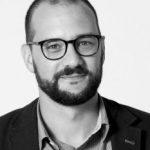 Dr. Stefan Schlegel is a senior scientist at the Max Planck Institute for the Study of Religious and Ethnic Diversity in Göttingen (DE). He studied law in Zurich and Lyon specializing in human rights, constitutional law and international law. He worked as a research associate with Prof. Walter Kälin at the University of Bern (doctoral thesis on immigration law in the economic analysis of law). Before his PhD, he worked in a law firm, briefly for Amnesty International Switzerland and as a journalist. Furthermore, he volunteered in different local NGOs providing legal advice to irregular migrants and asylum seekers.

Stefan Schlegel is a co-founder of the young Swiss Think Tank “foraus – Forum Aussenpolitik”, he is a former member of its executive board and the former responsible for its migration program that provides policy papers on Swiss Immigration law and policies. In 2015, he was a visiting PhD Fellow at the University of Toronto, Faculty of Law. 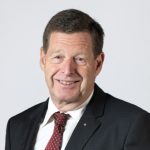 Hans-Rudolf Schurter is the Chairman of the Board of Schurter Holding AG in Lucerne. From 1970 to 1976, he studied at the University of Berne and graduated with a law degree. In 1977, he was admitted to the bar in the Canton of Lucerne.

From 1978 to 1986, he worked in the legal department at what was then known as the Union Bank of Switzerland, today’s UBS, in Lucerne, New York, and Basel.

He subsequently joined the family business, Schurter. After a first assignment in Endingen, Germany, as Executive Assistant in 1986, and at Schurter Inc. in Petaluma, California, USA, as Vice President, Marketing and Sales in 1986/1987, he led Schurter AG’s business in Lucerne as CEO from 1988 to 1992.

From 1992 to 2014, he was President and Chief Executive Officer of Schurter Holding AG in Lucerne as well as Chairman of the Board of Schurter Group. He continues to support various companies in central Switzerland with his sound expertise as a member of the Board of Directors.

As the Chairman of the Board of an internationally active manufacturing company of electronic components with 22 subsidiaries in 17 countries across the world, Hans-Rudolf Schurter is very well acquainted with the problem of labor migration. 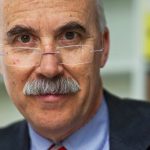 Professor George Sheldon is professor emeritus of economics and director of the Labour Market and Industrial Organization Research Unit in the department of economics at the University of Basel.

He studied in the USA and Germany, receiving an AB in German literature from Dartmouth College in Hanover, NH in 1970 and a masters and PhD in economics from the Albert-Ludwigs-University in Freiburg im Breisgau in 1975 and 1983, respectively.

George Sheldon is the author of numerous studies in labour and industrial organization economics, principally pertaining to Switzerland and is a former member of various committees of experts set up in conjunction with the revision of Swiss laws on immigration, unemployment insurance, and vocational training.