The Future of Bern’s Residential Town

On March 11, 2013, a panel discussion on a controversial project was organized in Bern as a follow-up event to the 2012 Conference on the subject of Cities of the Future.

The ‘Bremer Forest City’ project wants to create new housing for some 7,000 residents adjacent to Bern’s Läng¬gass district. For this purpose, the clearing of a piece of forest is planned.

Creating housing that is close to the city center and well served by public transport is intended to be a tangible contribution in the fight against progressing urban sprawl, increasing commuter traffic, and the rampant loss of arable land.

The panel discussion provided the opportunity to get to know and to better categorize the project in the context of the City of Bern’s development as well as in the overall context of Swiss spatial planning and spatial development. 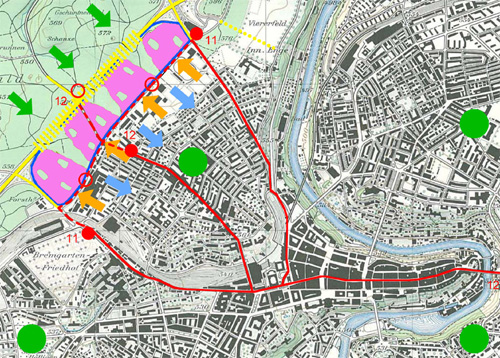